“I can read people.”

“I can read people.” 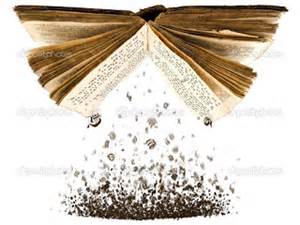 “I can read people.” I have recently (very recently) begun to think that is one of the more dangerous sentences we can say about ourselves. I had always thought proudly of this skill of mine. Yet when I began coaching and learned how to suspend assumptions for 60 minutes, I noticed how much more interesting conversations became.

Are we truly able to read people like labels on a cereal box? Sure, sometimes when someone is yelling and turning red, it feels like a safe assumption to read their mood as being somewhere south of dandy.

But are they only angry? Are there other emotions going on there?

Psychologists tell us that anger is only the tip of an iceberg that looks like this: 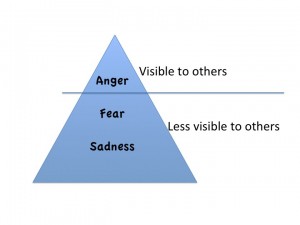 So can we even accurately read people when they’re angry? Or are they actually afraid? Or perhaps they are mostly sad.

If we can’t truly read other people, is that such a bad thing? I would argue that it could be helpful to disengage our (professed) ability to read others. As mentioned above, other humans became so much more interesting to me when I stopped trying to read them. They were no longer one, two or even ten-dimensional creatures. They/we are multi-dimensional. We are each like an ever-changing kaleidoscope of colors and hues depending on what we are thinking, doing or feeling.

Isn’t this true for yourself? Are you ever just feeling one, two or even ten emotions? As you think about all the factors of your life – – your spouse, work, kids, colleagues, past, future, god, lunch or shoelaces – – how could you ever define even one way that you always feel about any of those? (And, yes, I do have emotions about shoelaces, specifically the excellent pair for my running shoes.)

Here’s a mental exercise for you:

I don’t want to read people anymore. I’m probably and usually wrong. I just want to listen and to be heard. I think many of us would enjoy the quietness that results.

“It’s not what you don’t know that hurts you. It’s what you know that ain’t so.”

« Be Impeccable with Your Word