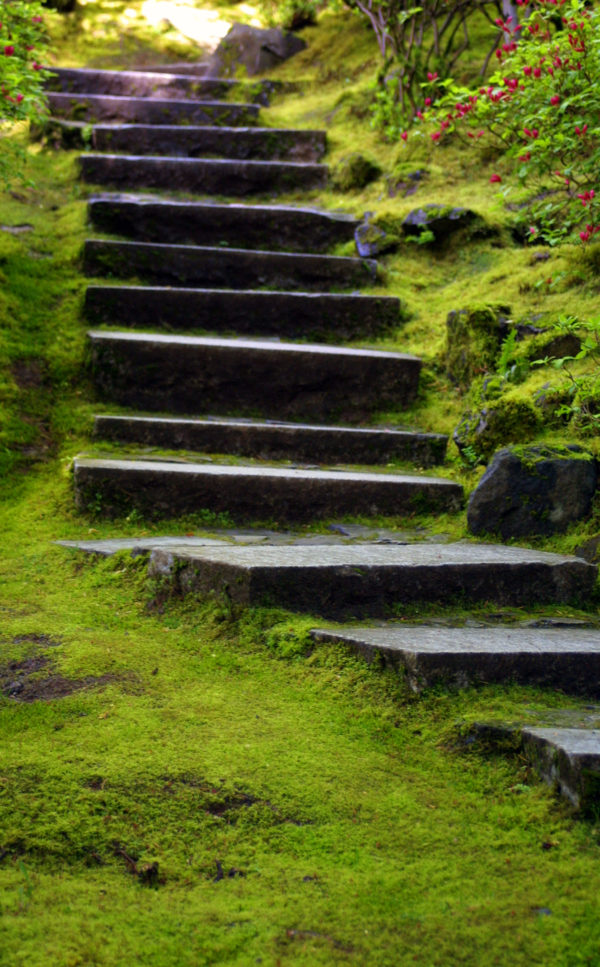 We all have visions.  We have visions of who we want to be, what we want to do, where we want to go and how we want to get there.  We love our visions and they comfort us to know that we have “a plan” and a sense of purpose.  But how actively do we pursue them?  How often do we take a step towards them?

When I think about my visions from when I was in my 20s, I can barely remember them.  I lost sight of them because I followed the path that was laid down for me.  I got promoted according to the steps and measures of the company I worked for.  I built my life in response to the environment to ensure me and my family were safe, cared for and protected.  I did what was safe because that seemed the mature thing to do.

But how much did I actively carve my own path then?  I realize now I was being more reactive to my environment and adapting to the norms of people around me.  I made a false assumption that trusting the knowledge and experience of others to shape my path was safe and even a bit savvy.

Why was I doing this?  I’m not sure, but one reason could be that I wanted to preserve, and not pursue, my vision. I chosenot to pursue my own vision. If I instead preserved my vision, then I would never fail in reaching it.  If I pursued my vision, though, I might fail.  So, ironically, to maintain my vision I actively chose not to do anything about it.

But we are not all wired this way.  Some people reach a point in their lives when they boldly strike out in pursuit of their vision.  I know a woman who has had a life-long vision.  Her vision is of preserving a culture and a community that she first experienced in her 20s.  She has spent years of her life in it, formed a foundation for it and worked alongside its people.

And now she is dedicating herself to writing about this small Polynesian island’s anthropological history and religious sites so as to share them with the world. She is making her vision fully visible.

What about the rest of us?  How do we make our visions visible?  As with most large endeavors, we can pursue them in small steps. We can resolve to take one deep breath and then take one step towards what we want.  And then we can do it again the next day.  After a while, like a flywheel gathering momentum, we are moving steadily towards our vision, fueled by our passion.

Make that vision as enormous as you can imagine.  Then start to make it visible by planning one small step to move towards it.

Who is that woman I mention above?  She is my Aunt Carole and here is what she plans to do.  What will you do?

What’s in Your Closet? »

« Empathy Is Not the Same as Agreeing