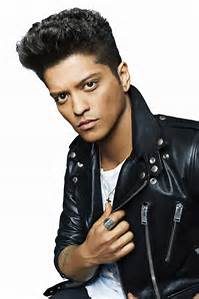 What do you think of people who go to Bruno Mars concerts? Or people who wear black lipstick? Or still others who read “The Financial Times”, live in a commune or perhaps run ultra-marathons through the desert?

Did an image come to mind as you thought about those types of people? Did you get a sense of whether or not you would want to strike up a conversation with them? If so, then you probably are operating with an unconscious bias.

This is not a new idea and not necessarily a behavior that we should avoid. We inevitably form opinions and stories about others based on our experience and personal knowledge. But what is interesting about the negative biases we create is something I learned a few days ago:

We should celebrate when we catch ourselves thinking or acting with a bias. Whenever we notice that we are harboring a racial, ethnic, gender, age or any other type of bias, we should congratulate ourselves on having this level of awareness.

This certainly feels contrary to what we learn. We strive to avoid bias in our thinking. We like to believe that we are open-minded, flexible and non-judgmental.  But an almost endless list exists of all the ways in which we humans are different from one another. And we inevitably have opinions about them.

(Still don’t think you operate with biases? Take this humbling test from Harvard and you may think differently.)

The mistake we make is that when we exhibit a negative bias, we immediately feel shame, fear or regret. But these are “away” emotions that cause us to shut down, retreat from or deny the problem. Instead, if we want to overcome our biases, we must move “towards” them by owning them, stating them and discussing them.

So the first step towards us overcoming a bias is to recognize and be aware that it exists. In other words, we become more unbiased each time we notice that we’re acting with bias.

What biases do you already know you own? How do you feel about them? How hard do you try to hide them or justify them? If you want to rid yourself of a bias, begin by calling it out.

This is the role of a leader. A leader will call out the uncomfortable truth so that it can be addressed. As those of you who have been reading this blog for a while know, my definition of a leader is anyone who recognizes that a change needs to be made and takes the first step to implementing that change.

In this case, that first critical step is the leader admitting that he or she has been operating with a (likely unintentional) bias. Only then, can others in the organization feel comfortable in admitting their biases. Once the team has universally named the problem, then they can begin to design a meaningful and sustainable remedy.

So here’s the challenge I’ve given myself for today that you can adopt as well, if you’d like: Notice myself forming a biased opinion sometime today. And when I do, congratulate myself for noticing it. (No shame allowed.) Then notice what I can do to correct that bias.

(And just for the record, I am unashamedly biased positively towards Bruno Mars.)

If you want to learn more about correcting unintentional bias in your organization and building trust within your team, please contact me at kelly@opencirclecoaching.com

Another Round of Applause »

« Moving Back to Center