How (and Why) Do We Interpret Silence?

How (and Why) Do We Interpret Silence? 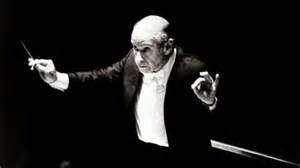 It happened again. Once again when I was feeling low about the quality and impact of my work, I received a message that my work made a difference to someone.

How many times have you gone through a similar cycle in which you noticed a deficit in your work, felt poorly about it, and then, like some evil magical powers, became able to find more evidence of your poor performance growing overnight like mushrooms in a forest?

And on what evidence did you base this harsh sentence on yourself? If you were like me earlier today, it was based on precious little data or even the complete absence of data. Sometimes, we assume the worst about ourselves simply because we don’t hear evidence to the contrary at the moment. We need positive feedback perhaps more often than we would like to admit to fill any of the many silences in our lives.

But do we not want to be more emotionally independent than that?  And how fair is it to burden others with this kind of emotional caretaking of us? Must our colleagues and clients routinely serve up affirmation and reassurance to us on a platter, hopefully clearly labeled with some kind of certificate of authenticity so that we know they really mean it?

Personally, I am quite ready to leave this bad habit and dependency behind me.  Or to crib Public Enemy, don’t believe the silence.

Like the lull after the orchestra finishes a movement or the pause that is a reply to a thoughtful comment, we are neither reliably able nor morally permitted to interpret the silence. Instead, we must let the silence remain as it is – – unmarred, unassumed and simply there.

“Silence is the perfectest herald of joy.  I were but little happy, if I could say how much.”

Claudio, Act II, Scene i
“Much Ado About Nothing”
William Shakespeare

One Response to “How (and Why) Do We Interpret Silence?”

Being Nice: The Insufficient Strategy for Earning Respect »